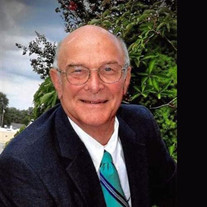 Mr. Alvin "Al" Moore Usher, Jr., 72, of Pageland, SC passed away on Thursday, June 24, 2021 at his home. Mr. Al Usher was born March, 30 1949 in Lancaster, SC, to the late Alvin M. Usher, Sr. and Doris Hazeline McKeown Usher. He played football at Pageland High School and then at the University of South Carolina. After being an Assistant Coach at Pageland High School, he went on to be the Athletic Director and Head Football Coach for the Central Eagles from 1976 to 2002 with a career record of 261 wins and 80 loses. The Eagles were Class AA State Champions in 1989 and 1997. They were Class AA state runner up in '87,'88,'90 and '94. The Eagles were also Upper State Champions 6 years. Al was a Shrine Bowl Assistant Coach in 1991. He was a board member of the South Carolina Athletic Coaches Association for many years and served as the President of the Association in 1998. He was inducted into the South Carolina Athletic Coaches Association Hall of fame in 2003 and into South Carolina Football Coaches Hall of Fame in 2018. He received the Lifetime Achievement Award from the South Carolina High School Sports Report. Al was a member of First Baptist Church of Pageland, where he served as Deacon and as Sunday School Teacher of the Friendship Sunday School Class. He was also a member of the Mt. Moriah Masonic Lodge #58 and a Shriner. Al is preceded in death by his brother, John Richard Usher, mother-in-law, Arline M. Courtney and brother-in-law, Eddie Courtney. Al is survived by his loving wife, Robbin Courtney Usher of the home; son, Trent Usher (Jerica) of Pageland, SC; daughter, Courtney Usher Brown (Chris) of Pageland, SC; brothers, Lee Eric Usher (Kathy) of Pageland, SC and David Brian Usher (Tammy) of Jefferson, SC; grandchildren, Ali Grace Brown, Major Usher, Captain Usher and Baze Usher; father-in-law, Dwight Edwin Courtney, Jr. of Pageland, SC; brothers-in-law, Chris Courtney (Carol) of Marshville, NC and Tracy Courtney (Sharon) of Walterboro, NC and numerous nieces and nephews. Friends are welcome to come by the funeral home on Saturday, June 26, 2021 from 12:00 PM to 4:00 PM to sign the register book and pay their respects. Friends are welcome to stop by his home to visit with the family. There will be a Celebration of Life Funeral Service at 3:00 PM on Sunday, June 27, 2021 at First Baptist Church of Pageland with Dr. Joel Dale officiating. The burial will follow in the church cemetery with Masonic Rites. In lieu of flowers, donations may be made to Central High School Touchdown Club, 200 Zion Church Road, Pageland, SC 29728. Baumgartner Funeral Home of Pageland, South Carolina (www.baumgartnerfh.com) is assisting the Usher family.

The family of Alvin "Al" Moore Usher, Jr. created this Life Tributes page to make it easy to share your memories.

Send flowers to the Usher family.