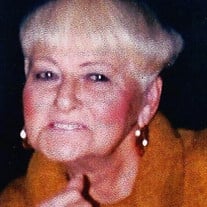 Mrs. Beth "Shirley" Cheryl Plyler, 83, of Pageland, South Carolina passed away on Tuesday, May 1, 2018 at her home surrounded by her loving family and while under the care of Hospice of Chesterfield County. Mrs. Beth "Shirley" Cheryl Plyler was born in Union County, North Carolina on December 30, 1934 to the late James Everette Quick and Bertha Broome Quick. Shirley later united in marriage to the late Joe Roger Plyler. During her years in high school, Shirley enjoyed playing basketball and was also the head cheerleader. After graduating, she began her working career in which she became a workaholic. Shirley spent over 40 years as an officer manager, including working for Pageland Corporation, SLS, as well as, managing High Point One Stop convenient store. When she was not working, Shirley enjoyed going out to eat, shopping, dancing, traveling, but most importantly she enjoyed spending time with her family whom she loved dearly. She was also a member of High Point Baptist Church in Pageland. In addition to her parents and husband, Shirley is preceded in death by her sons, Michael Lee Plyler and Roger Anthony Plyler. Those left to celebrate and remember her life include her loving son, Joel Plyler (Betsy) of Pageland, South Carolina; daughters, Teresa Beth Langley of Pageland, South Carolina and Cynthia R. Hicks (Billy) of Easley, South Carolina; two grandchildren, Alisha Hunter of Easley, South Carolina and Grayson Plyler of Pageland, South Carolina; three great-grandchildren, Alana Plyler of Charlotte, North Carolina, Katelyn Hunter and Kaden Owen both of Easley, South Carolina; brother, Jimmy Quick (Stevie Ann) of Mint Hill, North Carolina; also her four-legged companion, Lucy. A Celebration of Life Funeral Service will be held at 3:00 PM on Saturday, May 5, 2018 from the Chapel of Baumgartner Funeral Home with Pastor Rodney Nicholson and Pastor Mark Plyler officiating. Burial will follow at Greenlawn Memorial Park of Pageland. The family will receive friends prior to the service from 2:00 PM to 3:00 PM on Saturday, May 5, 2018 at Baumgartner Funeral Home, 708 West McGregor Street, Pageland, South Carolina 29728. In lieu of flowers, memorials may be made to Hospice of Chesterfield County, P.O. Box 293, Chesterfield, South Carolina 29709. Baumgartner Funeral Home of Pageland, South Carolina (www.baumgartnerfh.com) is assisting the Plyler Family.

The family of Beth ''Shirley'' Cheryl Plyler created this Life Tributes page to make it easy to share your memories.