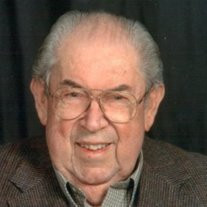 Carson “Doc” Riggins was a collector, gardener, auctioneer, maker of beautiful quilts and so much more. He loved to cook, tell great stories, collect antiques and clocks and spend time with his family and friends. His hearty laugh would turn a frown into a smile. He loved to write and shared that passion with many in Chesterfield County and beyond through his column “Carson’s Corner” which was published in The Link. His stories and life lessons touched so many. But more than anything else, he loved the Lord with all his heart and openly shared his faith and gifts. Carson passed away on March 7, 2013 at his home in Youngsville, North Carolina. Doc was born in Union County, North Carolina on February 19, 1930 to Lessie Helms Riggins and Eddie Riggins. Carson served two years in Germany with the US Army. Upon returning, he went to work for Hudson Hosiery in Charlotte and in 1957 became head of data processing. In the mid 1960’s he went to work for Data Processing of the South (DPS), a pioneer in the computer industry. In 1982, DPS was sold to EDS and Carson retired the following year and returned to his roots in Pageland. He purchased a small farm where he gardened, quilted and took in every stray animal he came across. Carson obtained his auctioneer’s license and owned and operated the Auction Barn in Pageland for several years in the mid-1980’s. He also had his real estate license and managed estate auctions during this time. Carson is survived by his wife of 62 years, Margaret Reynolds Riggins. He leaves behind his son, Mack Riggins and wife, Paula Riggins of Stanley, NC, his son Eddie Riggins, and wife, Dolores Riggins of Wake Forest, NC. Carson is survived by granddaughters, Katie Riggins and Sarah Riggins, both of Wake Forest, NC and grandson, Sean Terrell, of Stanley, NC. He is also survived by his sister, Carolyn Allen of Concord, NC, as well, as numerous nephews, nieces, extended family members and friends. He was preceded in death by his brother Joel Riggins. The family will receive friends at Baumgartner Funeral Home in Pageland, SC from 4 pm to 6 pm on Sunday, March 10, 2013. A celebration of Doc’s life will be held at Liberty Hill Baptist Church on Monday, March 11, 2013 at 11:00 a.m. The family would like to thank Hospice of Wake County for their kindness, caring and love during Doc’s final days. The family requests donations be made to Hospice of the donor’s choice or Liberty Hill Baptist Church in Pageland, SC.

Carson “Doc” Riggins was a collector, gardener, auctioneer, maker of beautiful quilts and so much more. He loved to cook, tell great stories, collect antiques and clocks and spend time with his family and friends. His hearty laugh would turn... View Obituary & Service Information

The family of Carson "Doc" Riggins Sr. created this Life Tributes page to make it easy to share your memories.

Send flowers to the Riggins family.