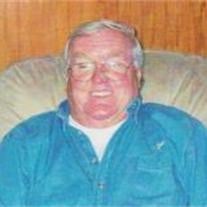 Mr. Charles "Sonny" Donald Rollings, 75, of Pageland, South Carolina passed away on Wednesday, December 28, 2011 under the loving care of his family and Hospice of Chesterfield County. A Graveside Service will be held at 11:00 A.M. Friday,... View Obituary & Service Information

The family of Charles Donald Rollings created this Life Tributes page to make it easy to share your memories.