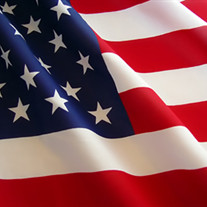 Clinton "Clint" Samuel Franklin, 89, died March 11, 2017 in Charlotte, NC. He was born on July 23, 1927 in Batesburg, SC the son of the late Avery F. and Roxie Cockrell Franklin, and he graduated from High School there. In addition to his parents, he was preceded in death by his brother, Bobby Franklin and a dear cousin, Julia Miller. In 1962 he moved to Charlotte, NC and was employed by Charlotte Treatment Center / Amethyst and was a member and Deacon at First Christian Church (DOC). Upon his retirement in 1992, he moved to Hawaii to make his home with long time friends, Mickey Scott and family. While there he was employed as Office Manager of Makawo Union Church. In 2001 he returned to Charlotte and First Christian Church (DOC), and during this time served as a Deacon and also as an Elder. He enjoyed his job as a Wal-Mart Greeter, walking, history, the mountains and was a great lover of animals. However, his greatest love was for friends and the fellowship of Alcoholics Anonymous and was most grateful for his time of sobriety. Survivors are First Cousin, Mary Lee Herrin of Greensboro, NC, Close Friend, Mickey Scott and his wife Andrea of Charlotte, NC and Godson, Otto Scott of Charlotte, NC Graveside Inurnment Services will be conducted by the Pastor Jolin McElroy at 11:00 AM on March 18, 2017 at Rose Hill Cemetery, 520 East Cato Street, Pageland, SC. It is requested that no flowers be offered and Memorials be made to Rose Hill Cemetery Fund, c/o Pattie Pigg, 513 Griggs Street, Pageland, SC, 29728. Baumgartner Funeral Home of Pageland, South Carolina (www.baumgartnerfh.com) is assisting the Franklin Family. Online condolences may be made to the family at baumgartnerfh.com

Clinton "Clint" Samuel Franklin, 89, died March 11, 2017 in Charlotte, NC. He was born on July 23, 1927 in Batesburg, SC the son of the late Avery F. and Roxie Cockrell Franklin, and he graduated from High School there. In addition to his... View Obituary & Service Information

The family of Clinton "Clint" Samuel Franklin created this Life Tributes page to make it easy to share your memories.

Send flowers to the Franklin family.