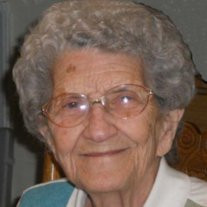 Donna Lee Saultz Stephenson, 88, formerly of Pageland, SC died Tuesday April 30, 2013 in Efland, NC after a brief illness. She was born on April 3, 1925 in Buffalo, OH to Raymond and Verna Saultz. Donna married her childhood sweetheart, Carl C. Stephenson and they celebrated their 61st anniversary before his death. A graduate of Buffalo High School, she worked for the Federal Government before becoming a homemaker to raise three sons. The family moved to Pageland, SC in 1979. Mrs. Stephenson was a member of Buffalo United Methodist Church in Buffalo, OH and later Zion United Methodist Church in Pageland, SC. She held a variety of administrative positions in the church in Buffalo including Financial Secretary. Donna loved her time in her Sunday school class and the Seniors Group. She was a member of the Order of the Eastern Star. She is survived by two sons, James F. Stephenson (Deborah) of Efland, NC and Jeffrey D. Stephenson of Bluffton, SC, two grandchildren, several great-grandchildren, a brother, Glendon K. (Helen) Saultz of Enon, OH and two sisters, Elaine Wayt of Newark, OH and Virginia Terry of Cambridge, OH. She was preceded in death by her husband Carl, her parents, her eldest son, Carl C. Stephenson Jr. and his wife, Kimberly Jo of Cambridge, OH, a sister, Avanell Saultz of Buffalo, OH and an infant granddaughter, Amy Stephenson. South Carolina Services: Friends may call on Thursday May 2, 2013 from 6 - 8 PM at Baumgartner Funeral Home in Pageland, SC. Funeral service will be held on Friday May 3, 2013 at 11 AM at Zion United Methodist Church, Pageland, SC. Ohio Services: Friends may call on Sunday, May 5, 2013 from 6 - 8 PM at Black Funeral Home in Byesville, Ohio. The Funeral Service will be held at United Methodist Church, Pleasant City, Ohio on Monday, May 6, 2013 at 11:00 AM with Graveside Service to follow at Buffalo Cemetery in Buffalo, Ohio. In lieu of flowers, the family has requested that memorials be made to Zion United Methodist Church, 647 Zion Church Road, Pageland, SC 29728 or Hospice of Alamance County NC.

The family of Donna Stephenson created this Life Tributes page to make it easy to share your memories.

Send flowers to the Stephenson family.