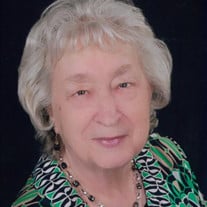 Mrs. Edith Faye Timmons Curlee, 73, of Jefferson, South Carolina passed away on Wednesday, November 14, 2018 at Novant Health Presbyterian Medical Center with her family by her side. Faye was born on August 9, 1945 in Pageland, South Carolina to the late Joseph Roscoe Timmons and Lillie Mae Mills Timmons. Faye Curlee was a beloved wife, mother, meemaw, sister, and friend for life. She was loved by so many and will be missed in this life. She never met a stranger when you met her you never forgot her. She had such a giving and generous heart. Faye loved the Lord who she honored and served with all of her heart all the days of her life. She believed in that the Lord came first and her family and friends who were more like family than friends came second. Faye was strong in her faith and prayed fervently that her family would follow His will for their lives. She always tried her best to stay faithful to the Lord and the plans He had for her life. She was truly a Proverbs 31 woman and was so humble in all she did. Faye was a woman of her word and she was always there for you even if you didn't need her to be. She loved to cook and collect nutcrackers but more importantly she loved spending time with her family. Faye loved her husband and her children more than anything in this life, but her grandchildren were truly the "apples of her eye" and she loved them more than life. In addition to her parents, Faye is preceded in death by brothers, Joe Timmons and Charlie Timmons; sister, Louise McCray; brother-in-laws, Honey Rollings and Tommy McCray; sister-in-law, Doris Timmons. Those left to celebrate and remember her life include her loving husband and dearest friend of 55 years, Billy Curlee of Jefferson, South Carolina; sons, Joey Curlee and David Curlee (Jodie) both of Jefferson, South Carolina; daughter, Kimberly Curlee Griffin (Ricky) of Jefferson, South Carolina; brother, Carroll W. Timmons (Jane) of Glen Burnie, Maryland; sister, Martha Rollings of Jefferson, South Carolina; sister-in-law, Mary Lois Timmons, of Pageland, South Carolina; sister-in-laws and brother-in-laws, Shirley and Rudolph Benton and Harry and Cora Curlee; special aunt, Edith Hathcock and uncle Bob of Florence, South Carolina; six grandchildren, Logan Griffin (Katelyn), Evan Griffin (Courtney), Taryn Griffin and boyfriend Jackson Gurley, Jonathan Griffin, Mason Horne, and Annah Horne; also numerous nieces and nephews. The family will receive friends prior to the service from 1:30 P.M. to 3:00 P.M. on Saturday, November 17, 2018 in the Sanctuary of First Baptist Church of Pageland, 203 West Pigg Street, Pageland, South Carolina 29728. A Celebration of Life Funeral Service will be held at 3:00 P.M. on Saturday, November 17, 2018 at First Baptist Church of Pageland with Dr. Joel Dale, Preacher Ricky Griffin, Preacher Logan Griffin, and Preacher Evan Griffin Officiating. Burial will follow in the church cemetery. In lieu of flowers, memorials may be made to First Baptist Church of Pageland, P.O. Box 126, Pageland, South Carolina 29728. Baumgartner Funeral Home of Pageland, South Carolina (www.baumgartnerfh.com) is assisting the Curlee Family.

Mrs. Edith Faye Timmons Curlee, 73, of Jefferson, South Carolina passed away on Wednesday, November 14, 2018 at Novant Health Presbyterian Medical Center with her family by her side. Faye was born on August 9, 1945 in Pageland, South Carolina... View Obituary & Service Information

The family of Edith Faye Timmons Curlee created this Life Tributes page to make it easy to share your memories.

Send flowers to the Curlee family.