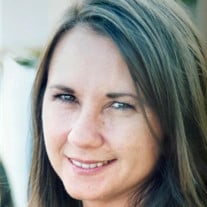 Ms. Janet Elizabeth Mangum, 53, of Pageland, SC went to be with her Lord on Friday, January 13, 2017 while surrounded by her loving family. Ms. Janet Elizabeth Mangum was born on August 17, 1963 in Union County, North Carolina to the late Lenson Mangum and Gladys Sullivan Mangum. She was a pillar of the community. Janet served on the Watermelon Festival Committee for many years. Her lively personality, extreme dedication, and willingness to help not only with the Watermelon Festival, but with other organizations in the Town of Pageland as well. She was the type of person that you did not have to call and ask for help, she was already there. She was a take charge type of person, so you knew things were done. She always put others needs before herself. She was a teacher for 31 years and Athletic Director for 10 of those years at New Heights Middle School. She had a passion for teaching and helping her students. She touched many lives through the years. Those left to celebrate and remember her life include her brothers, Jerry Mangum (Sandra) of Charlotte, NC, Jimmy Mangum of Pageland, SC, Joey Mangum (Joyce) of Pageland, SC and Red Mangum (Sandra) of Pageland, SC, nieces and nephews, Jamie Griffin, Kelly Kirby, Greg Mangum, Jason Mangum, Holly Troxell, J.R. Mangum and Jessie Mangum, great nieces and nephews, Tyler Parker, Logan Parker, Lilly Elizabeth Kirby, Emilyn Kirby, Camryn Troxell and Connor Troxell and special aunt, Frances Reeves of Kershaw, SC. A Celebration of Life Memorial Service will be held at 11:00 AM on Monday, January 16, 2017 at New Heights Middle School with Dr. Joel Dale, Pastor James Lewis and Larry Stinson officiating. The family will receive friends following the Memorial Service. Memorials may be made to Hawks Have Heart, Janet Mangum Scholarship, Attn: Michelle Medlin, 5738 HWY 151, Jefferson, SC 29718 (checks need to be made to New Heights Middle School) Baumgartner Funeral Home of Pageland, South Carolina (www.baumgartnerfh.com) is assisting the Mangum Family.

The family of Janet Elizabeth Mangum created this Life Tributes page to make it easy to share your memories.