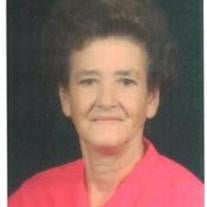 Ms. Mary Jane Hartis Laney, 74, of Pageland, SC passed away under the loving care of her family and Hospice of Chesterfield County. Ms. Laney is the daughter of the late Walter R. and Marie McClain Hartis. Ms. Laney is also predeceased... View Obituary & Service Information

The family of Mary Hartis Laney created this Life Tributes page to make it easy to share your memories.