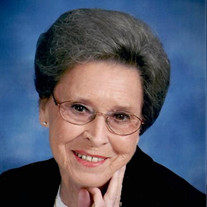 Phyllis Geraldine Atkinson, age 80, of Pageland, South Carolina went to be with her Lord on Monday, July 25, 2016 while surrounded by her loving family and under the care of Hospice of Chesterfield County. Mrs. Phyllis Atkinson was born on... View Obituary & Service Information

The family of Phyllis Geraldine Atkinson created this Life Tributes page to make it easy to share your memories.

Send flowers to the Atkinson family.