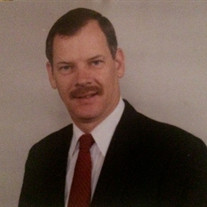 Dr. Ralph Allen Picolet, 68, of Pageland, SC went to be with the Lord on Thursday, April 10, 2014. Dr. Picolet passed away of natural causes in Monroe, NC. Ralph Allen Picolet was born on May 2, 1945 in Council Grove, Kansas to the late David and Ethel Iseli Picolet. He met Resa Picolet and they got married on September 4, 1973 in Kansas City, Missouri. Dr. Picolet received his Doctorate from Cleveland Chiropractic College, Kansas City, Missouri in 1974. Dr. Picolet and his wife Resa decided to move to Pageland where he opened his Chiropractic Office, Pageland Chiropractic in 1976. He enjoyed Volunteering to help serve in the community whether with the Church or school. He loved spending time with his friends and family and enjoyed gardening, hunting, fishing, volleyball, motocross and anything involving handyman expertise. Dr. Picolet was a Member of the Pageland Lions Club since 1976 where he held various positions including President. He served as the Chairman of the Pageland Planning Commission since 1980, served on the school board at South Pointe Christian School as well as served on the Deacon board and held various other positions at South Pointe Fellowship. Dr. Picolet was a Member of the South Carolina Chiropractic Association. He joined the Air Force in 1966 and served 7 years being stationed in Panama Canal, Charleston, SC and California. Dr. Picolet is survived by his wife of 40 years, Resa Picolet of Pageland, SC, Sons, Justin (Kristal) Picolet of Owasso, OK and Joshua ( Jennifer) Picolet of Herndon, VA, Grandchildren, Logan and Kendall Picolet of Owasso, OK, Brothers, Davy (Mary) Picolet of Council Grove, KS, Charley ( Brenda) Picolet of Dwight, KS, and Dallas Picolet of Dwight, KS, Sister, Reta (Bill) Hooper of Council Grove, KS, Eight Nieces and Two Nephews and Numerous Great Grand Nieces and Nephews. A Celebration of Life Funeral Service will be held at 3:00 PM on Tuesday, April 15, 2014 at South Pointe Fellowship. The burial will follow at Greenlawn Memorial Park of Pageland. The family will receive friends from 6 – 8 PM on Monday, April 14, 2014 at South Pointe Fellowship. In lieu of flowers, Memorials may be made to South Pointe Christian School, PO Box 188, Pageland, SC 29728.

Dr. Ralph Allen Picolet, 68, of Pageland, SC went to be with the Lord on Thursday, April 10, 2014. Dr. Picolet passed away of natural causes in Monroe, NC. Ralph Allen Picolet was born on May 2, 1945 in Council Grove, Kansas to the late David... View Obituary & Service Information

The family of Dr. Ralph Allen Picolet created this Life Tributes page to make it easy to share your memories.

Send flowers to the Picolet family.