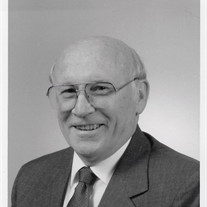 Rev. Robert Lee (Bob) Deaton, of Duncan, SC was bound for his eternal home November 16, 2020, to be with his Lord and Savior. He was 87. He walked in integrity and faithfulness to God's Word all of his days, possessing an unwavering love for and commitment to the Lord, His church, fellow ministers, and his family. He was a devoted and caring husband, father, and grandfather. He was a member of Poplar Springs Baptist Church in Moore, S.C. Deaton served fellow Baptist pastors for 17 years as director of Annuity and Insurance Services Department for the South Carolina Baptist Convention and a representative of the Annuity Board (now GuideStone Financial Services) until his retirement in 2005. In that role, he helped ensure that the financial needs of ministers and their wives were provided for during their retirement years. During his retirement, he also served several years as a representative of the South Carolina Baptist Foundation. Ordained by First Baptist Church, Pageland, S.C., in 1956, Deaton served as pastor of five South Carolina Baptist churches: Woodruff First, 1980-1987; Denmark First, 1973-1980; Fellowship, West Columbia, 1970-1973; Lamar, 1965-1970; and Gum Branch, Hartsville, 1959-65. He also held two student pastorates at Mt. Croghan Baptist and Union Hill Baptist Churches, both near his hometown of Pageland. Deaton was a graduate of Furman University and Southeastern Baptist Theological Seminary, with additional studies at the Princeton Institute of Theology of Princeton Theological Seminary. Born May 22, 1933, he was the son of the late Robert Chalmers Deaton and late Anita Usher Deaton-Austin of Pageland. He also was preceded in death by a sister and two brothers. He is survived by his wife of 63 years, Phyllis Watts Deaton; a daughter, Lea Ann Skinner (David) of Woodruff; a son, Robert Todd Deaton (Michelle) of Greer; and three grandchildren, Laura Leigh Deaton, Caleb Deaton and Dawson Skinner. A Graveside Service will be held Thursday, November 19, 2020 at 2:00 PM at First Baptist Church of Pageland, conducted by Dr. Dale Roach and Dr. Joel Dale. The burial will follow at First Baptist Church of Pageland. The family requests that in lieu of flowers, please make donations to Poplar Springs Baptist Church, 790 Hwy. 417, Moore, SC, 29369 or to the church of your choice. Baumgartner Funeral Home of Pageland, South Carolina (www.baumgartnerfh.com) is assisting the Deaton family.

Rev. Robert Lee (Bob) Deaton, of Duncan, SC was bound for his eternal home November 16, 2020, to be with his Lord and Savior. He was 87. He walked in integrity and faithfulness to God's Word all of his days, possessing an unwavering love for... View Obituary & Service Information

The family of Robert Lee Deaton created this Life Tributes page to make it easy to share your memories.

Rev. Robert Lee (Bob) Deaton, of Duncan, SC was bound for his...

Send flowers to the Deaton family.