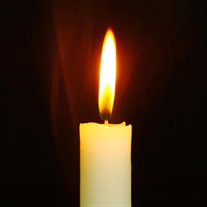 Stephen Roy Grant completed his work on Earth covered in prayer and anointed with the love of family and friends on Sunday, May 8, 2022. Son of the late Leroy Grant and Mildred Simpson Grant, he was born on December 1, 1947. As a young boy brought up in a Christian home, he quickly learned the value of a day’s hard work. He began his first job working on a turkey farm at just 13. His mother told stories of looking out the window watching “Stevie” lift his younger sisters onto the bus, riding his siblings on his horse and carefully placing a pet rabbit (or countless other pets) into his younger brother or sisters’ arms. It’s no wonder he was voted friendliest by his 1967 senior class at Pageland High school where he met the love of his life. He lived a true life-long love story with his wife of almost 55 years Eugenia Chears Greene Grant of the home. They were “sweethearts” in the fourth grade. Within a few months after getting married Steve was drafted into the US Army where he served for three years, one of which was in Vietnam. Prayers from home blanketed his every path as he served as a skilled helicopter aircraft engine mechanic testing higher after training than any other at this time. He began as a Private and increased to an E5 Sargent within his short time in the military. His legacy of love for nature, love for country and love for God continues through his son Steven Timothy Grant (Sherrie Hamilton Grant) of Sellers and daughter Regina Grant Collins (Edward Clifton Collins, Jr) of Mullins. “Papa” was his all-time favorite title. He was the Papa that always had a high mound of dirt to play in, a pond full of fish to catch and taught you how drive a stick shift before you could read. Even towards the end he was considered an invincible super hero by his four granddaughters Kyra Carlena Grant of Daytona Beach, FL, Cynthia Grace Collins of Clemson, SC, Dixie Chears Collins and Breleigh Lynn Grant. He considered them four of his greatest gifts from God. A self-employed entrepreneur, Steve (with his wife by his side) built, maintained and eventually sold several successful businesses and trademarked logos that remain steadfast even today. As owner/operator of Grant Enterprises, Inc. doing business as Carolina Poultry Sales, he represented our state in Washington DC as the 1989 South Carolina Small Business Person of the year. After retiring, he worked to serve others traveling to three continents to help with medical missions, disaster relief, and building churches. In the year 2000 he and his wife became a part of Campers on Missions traveling all over the country helping the downtrodden and also served as President of that organization in 2008. Then he received the COM Lifetime Achievement Award in 2016. Steve served on the board of directors for Camp Pine Hill and was chairperson as well. Steve was proud to be a Grant and spending time laughing and reminiscing with his siblings and extended family. As he battled with his health much of the time you would find family helping him maintain his properties. He often talked about how blessed he was to have his brothers Thomas Grant (Janice) and David Sheryl Grant (Lynda) and sisters Deborah Grant Funderburk (Ronnie) and Rhonda Grant Dew (Johnny), along with his late sister Phyllis Grant Zellmer (Jerry Zellmer-Charlotte, NC). Along with his parents and sister Phyllis he was predeceased in death by his infant brother Roger Lee and infant sister Laura Diane. His many nieces and nephews from the “Grant side” and the “Greene side” will always remember his holiday game the “hundred-dollar-bill drop” and other shenanigans. He loved the laughter and ruthless competition this game brought. Friends and family will remember of him fondly as they enjoy ice cream (especially his wife’s homemade peach ice cream), anytime they crack a crab leg and dip it in butter, bite into a cold sweet watermelon, the feeling of coming in sweaty and dirty after a long day’s work and each day they live for the glory of God. He would want it that way. He lived his life in such a way that the verse “your work here is done” was surely written specifically for him. Visitation will be held at Cooper’s Funeral Home, 209 Black Branch Road, Dillon, SC 29536 on Wednesday, May 11 from 6-8pm. Funeral services will be at his beloved Latta Baptist Church, 202 North Marion Street, Lata, SC 29565 where he was a member, served as deacon, and member of the Barracca Men’s Class in Latta, SC on Thursday, May 12 at 1:00pm. Graveside services will be held at Zion United Methodist Church, 647 Zion Church Road, Pageland, SC 29728 at 5:00pm on Thursday. Memorials can be made to Camp Pine Hill at 2096 Baptist Road, Bennettsville, SC 29512. Cooper Funeral Home of Dillon, SC (www.cooperfh.com) and Baumgartner Funeral Home of Pageland, SC (www.baumgartnerfh.com) is assisting the Grant family.

Stephen Roy Grant completed his work on Earth covered in prayer and anointed with the love of family and friends on Sunday, May 8, 2022. Son of the late Leroy Grant and Mildred Simpson Grant, he was born on December 1, 1947. As a young... View Obituary & Service Information

The family of Stephen Roy Grant created this Life Tributes page to make it easy to share your memories.

Send flowers to the Grant family.