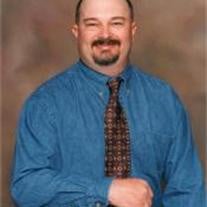 Mr. Terry Lowery, 47, of Pageland, SC went to be with the Lord on Tuesday, November 27, 2012. A Funeral Service will be held at 2:00 P.M. Saturday, December 1, 2012 at Bethlehem Baptist Church Family Life Center with interment to follow... View Obituary & Service Information

The family of Terry Lowery created this Life Tributes page to make it easy to share your memories.

Send flowers to the Lowery family.