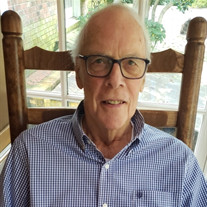 Mr. Thomas "Tommy" Franklin Agerton, 86, of Pageland, SC passed away peacefully on Saturday, April 9, 2022 at his home while surrounded by his family. Mr. Agerton was born on January 13,1936 in Pageland, SC to the late Brown Lee Agerton and Effie Watts Agerton. Tommy devoted his life to his family. He was a wonderful husband, father, brother, uncle and friend to all his family, including his work family. He was known for his kindness and generosity to all who knew him. Daddy loved us dearly, as we loved him, and will forever be in our hearts. Mr. Agerton was a member of First Baptist Church of Pageland, and the Millon Tucker Sunday School Class. He served in the US Army, and was stationed at Fort Belvoir in Arlington, Virginia. Following that, he worked with the Department of Agriculture. By 1966, Mr. Agerton had founded his own business that became Pageland Farm Equipment, which continues to this day. He served on First Citizens Bank Board of Trustees, Pageland Branch for several years, as well as the Board of Directors of White Plains Country Club. Mr. Agerton was an avid Gamecock fan and member of the Gamecock Club for over 33 years. Mr. Agerton is predeceased by his brother, Jon Edward Agerton and two sisters, Kathryn Agerton Little and Edythe Agerton Hansen. He is survived by his high school sweetheart and wife, Carolyn Griggs Agerton; son, Donaphan Agerton of Miami, FL; daughter, Debbie Agerton Huntley (Lawson) of Pageland, SC; many nieces and nephews and very dear in-laws, Dr. B.C. Blakeney, and Lovia and Phyllis Johns. Friends may pay their respects and sign the register book at Baumgartner Funeral Home on Wednesday, April 13, 2022 from 10:00 AM to 1:00 PM or other times at the home of Tommy Agerton. A Celebration of Life Graveside Service will be held on Wednesday, April 13, 2022 at 3:00 PM at Greenlawn Memorial Park of Pageland Mausoleum with Dr. Joel Dale officiating. In lieu of flowers, donations may be made to First Baptist Church of Pageland, PO Box 126, Pageland, SC 29728 or International Myeloma Foundation, 12650 Riverside Drive, Suite 206, North Hollywood, CA 91607. The family would like to express their appreciation and gratitude to Wendall Johnson, Judy Deese, Tommy Tice and all his faithful employees over the years. Baumgartner Funeral Home of Pageland, South Carolina (www.baumgartnerfh.com) is assisting the Agerton family.

Mr. Thomas "Tommy" Franklin Agerton, 86, of Pageland, SC passed away peacefully on Saturday, April 9, 2022 at his home while surrounded by his family. Mr. Agerton was born on January 13,1936 in Pageland, SC to the late Brown Lee Agerton and... View Obituary & Service Information

The family of Thomas Franklin Agerton created this Life Tributes page to make it easy to share your memories.