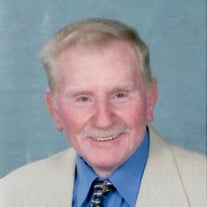 Mr. Thomas Justus Austin, 88 of Pageland, South Carolina went to be with his Lord on Thursday, May 5, 2016 while surrounded by his loving family and under the care of Hospice. Mr. Thomas Justus Austin was born on November 28, 1927 in Union County, NC to the late Joseph D. Austin and Mae Williams Austin. He later met and united in marriage to Cornelia "Ann" Mills on December 30, 1989 in Pageland, SC. He was a Sergeant in the US Marine Corp. He was also a member of Providence Baptist Church and a member of the Adult Men I Sunday School Class. He is preceded in death by his Children, Kenneth Joe Austin, Thomas Justus Austin II and David Earl Austin, Brothers J.D. Austin, Earl Austin, Floyd Austin, Boyce Austin, Ed Austin, Don Austin and Lee Austin and Sisters, Mildred Little and Frances Walters. He is survived by his wife, Ann Austin of Pageland, SC, Son, Mitchell Austin (Linda) of Monroe, NC, Daughters, Cathy Griffin (Bill) of Massanutten, VA and Elaine Lands of Fort Mill, SC, Seven Grandchildren, Eight Great Grandchildren and One Great Great Grandchild. A Celebration of Life Funeral Service will be held at 11:00 AM on Monday, May 9, 2016 at Providence Baptist Church Family Life Center with Pastor Roger Wall officiating. The burial with Military Honors will follow at Sharon Memorial Park in Charlotte, NC at 3:00 PM on Monday, May 9, 2016. The family will receive friends from 6:00 - 8:00 PM on Sunday, May 8, 2016 at Baumgartner Funeral Home. In lieu of flowers, Memorials may be made to Providence Baptist Church, 232 Providence Church Rd, Pageland, SC 29728. Online condolences may be made to the family at baumgartnerfh.com

The family of Thomas Justus Austin created this Life Tributes page to make it easy to share your memories.

Send flowers to the Austin family.