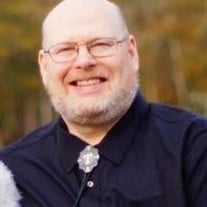 Rev. Troy Lane Metzner, 55, of Pageland, South Carolina formerly of Conway, South Carolina passed away on Tuesday, July 24, 2018 surrounded by his loving family and while under the care of Hospice of Chesterfield County. Troy was born on January... View Obituary & Service Information

The family of Rev. Troy Lane Metzner created this Life Tributes page to make it easy to share your memories.

Send flowers to the Metzner family.