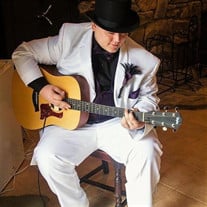 Mr. William Fate Albright, 18, of Pageland, South Carolina passed away on Saturday, November 25, 2017. Will was born on January 10, 1999 in Lancaster, South Carolina to Billy Albright and Tina Hendrix. Will loved spending time with his family,... View Obituary & Service Information

The family of William "Will" Fate Albright created this Life Tributes page to make it easy to share your memories.

Send flowers to the Albright family.