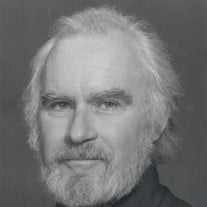 Mr. William Corley Cook, 86, of Pageland, South Carolina went to be with his Lord on Friday, January 20, 2017, while surrounded by his loving family and under the care of Hospice of Chesterfield County. Corley was born on June 24, 1930 in Fulton County, Georgia to the late William Claude Cook and Bertha Etris Cook. Corley later met and united in marriage to the love of his life, Barbara Hughes Cook. Corley was an avid outdoors man who loved camping, reading, flying, electronics, and all animals. Corley retired after 30 years from Apex Machine & Tool Company. Corley's biggest accomplishment was his love for his amazing family, in which he was a loving father, grandfather and great grandfather. He was a good Christian man who truly loved the Lord, he will be greatly missed by all who knew him. In addition to his parents, Corley is also preceded in death by a daughter, Baby Girl Cook. Those left to celebrate and remember his life include his loving wife of 66 years, Barbara Hughes Cook of Pageland, SC, sons, Stan Cook (Monica) of Waxhaw, NC and David Cook (Shirley) of Orlando, FL, daughters, Pat Wolfe (Don) of Pageland, SC and Tyra Skinner (John) of Wesley Chapel, NC, grandchildren, Stan Cook, Shephen Cook, Shelley Aagard, Shannon Banks, Aaron Planton, Jason Planton, Emily Dodson, Chrissy Humphrey, Johnathan Skinner and Will Skinner also thirteen great-grandchildren. A Celebration of Life Graveside Service will be held at 3:00 PM on Monday, January 23, 2017 at Greenlawn Memorial Park of Pageland with Pastor Roger Wall officiating. The family will greet friends following the service at the cemetery. The family would like to give a special thanks to Shirlean Johnson & "DJ" Debbie Johnson along with all the staff of Hospice of Chesterfield County. Memorials may be made to Hospice of Chesterfield County, PO Box 293, Chesterfield, SC 29709. Baumgartner Funeral Home of Pageland, South Carolina (www.baumgartnerfh.com) is assisting the Cook Family.

Mr. William Corley Cook, 86, of Pageland, South Carolina went to be with his Lord on Friday, January 20, 2017, while surrounded by his loving family and under the care of Hospice of Chesterfield County. Corley was born on June 24, 1930 in Fulton... View Obituary & Service Information

The family of William Corley Cook created this Life Tributes page to make it easy to share your memories.

Send flowers to the Cook family.